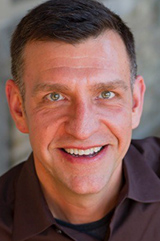 Paul Caldwell and Sean Ivory began arranging music together spontaneously in the early 1990s. Caldwell and Ivory works (including Go Where I Send Thee, Hope for Resolution, and Ain’t No Grave Can Hold My Body Down) have become staples in the repertoire of many of the world’s finest ensembles.  Their music has been telecast on PBS and A&E and performed at Avery Fisher Hall, the Sydney Opera House, and throughout Europe, Asia and Africa. Legendary guitarist Steve Vai has used their John the Revelator to create a choral-rock fusion song, Book of the Seven Seals. The work appears on Vai’s CD, The Story of Light.

Sean directs the Grand Rapids Symphony Youth Chorus. He is also on the faculty of Calvin College.  He lives in Grand Rapids with his wife Leah and their children, Emma, Samuel and Meredith.

Paul is Artistic Director of the Seattle Men’s and Women’s Choruses. With 700 members in two ensembles, the organization is the largest community chorus in America. Paul is a recipient of the Chorus America/ASCAP prize for Adventurous Programming. He was recognized for his contributions to the choral community nationwide at the National Performing Arts Conference when he was selected as the recipient of the Michael J. Korn Founders Award for Philanthropic Contribution to the Arts.

In 2014, Caldwell and Ivory appeared at Carnegie Hall, leading a concert comprised entirely of music they wrote.